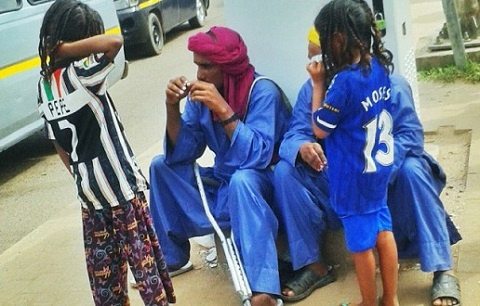 In a recent post on Facebook, Ghanaian media personality and broadcast journalist on Citi FM and Citi TV sent a strong message to his Muslim brothers and sisters on almsgiving. He stated,

“Dear Ghanaian Muslims, I know giving alms is one of our religious foundations. But are we the only community with poor and disabled people? From the fronts of our mosques to street corners to traffic intersections. It’s almost as if we are constantly #BegForLife. Let’s do something about this ugly spectacle”

Comments flooding in under his post suggest people are in agreement with his post and excited about what he said.

Saddick Adams also known as Sports Obama also commented, he said “And some of them look so stronger than the people they’re begging from. Look at these people from Niger and Chad, sitting under trees and giving birth while our own people do Kayaye. Giving a bad image to the religion because we cannot say. They may not even be practicing Muslims for all you know

You can’t wear Agbada with a bowl in hand and be begging for 20 years. Yes, there are people who deserve to be given alms but please many of them have just enjoyed begging as a profession. Sucks”

A lot of them need to go and find some laborer job.

What’s your take on his message…..

THE NAME OF JESUS ~ DIANA HAMILTON