Abrewa Mafia Kicks a Lady whilst Entertaining an Audience. 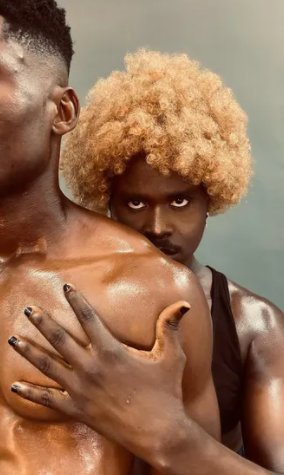 Popular Ghanaian content creator; “Abrewa-Mafia”; known for his creative prowess in portraying an old lady in his videos was captured kicking a lady.

The video has received a lot of backlashes towards the content creator as he showed no sign of remorse or render an unqualified apology to the lady. For a fact we do not know if he did render an apology after the performance or not but it would have been prudent if he paused his performance and showed some sympathy to the lady and then went back to his performance.

In all fairness the lady was to have bowed down whilst using the space provided for passage as the entertainer was on stage but it is just human to forget some key stuffs sometimes but what was intriguing was the wild laughter by the audience who were present showing no sense of humanism when that uncalled for act happened.

An entertainer who wants the numbers to push his craft should render an unqualified apology to the lady just as loud as the disrespect was caught.

Entertainers should act responsibly when adrenaline rushes their through body.

Watch the video below: