AFRICA’S MOST DECORATED RAPPER SARKODIE CELEBRATES SON ON HIS BIRTHDAY 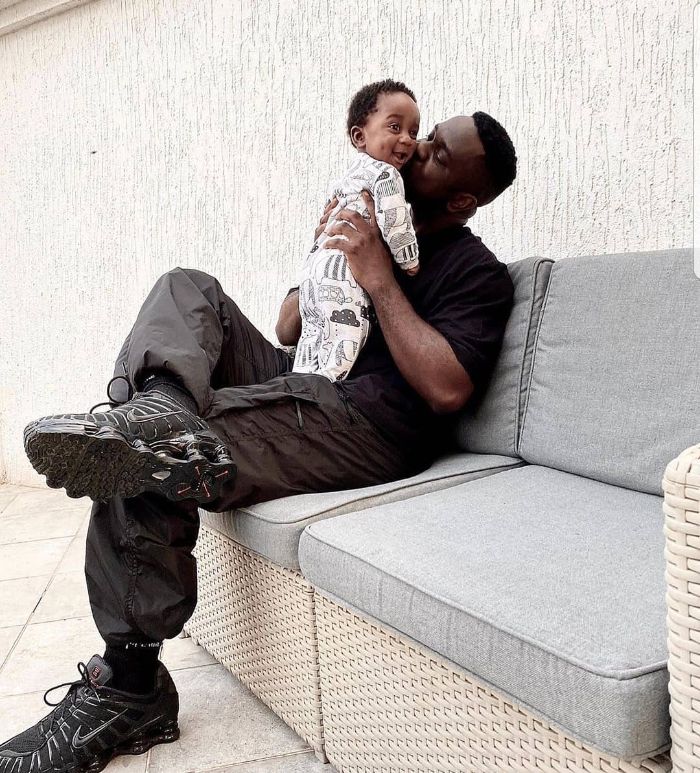 Mr. Michael Owusu Addo popularly known as Sarkodie shared some lovely photos of himself and his son, Michael Nana Yaw Owusu Addo Jnr as he celebrates the boy’s second birthday.

The son of the famous rapper is carefully hidden from the lens of the media as both Sarkodie and wife Tracy rarely shares his images on social media platforms. The boy is a striking resemblance of the great rapper as fans are hoping he is having at least half of his father’s talent. The post was met with love as the fans poured in their well wishes on his twitter handle where he made that tweet.

As a creative and innovative rapper, Sarkodie began his instrumental career as an underground rapper, where his appeared on various rap competitions among which the most popular at the time, “Kasahare Level” on Adom FM saw him knocking out several other rappers and becoming a rap champion in Tema.

The Ghanaian rapper who is all about helping bring the young ones in the music industry up; last week promoted the colleague musician, Kelvynboy’s “Down Flat” as he requested the song at a club in London last week and was also at O2 arena in the UK to support KiDi and Kuame Eugene’s concert.

Sarkodie’s contributions to the Ghanaian music industry have earned him numerous accolades, including the Vodafone Ghana Music Award for “Artiste of the Decade”.