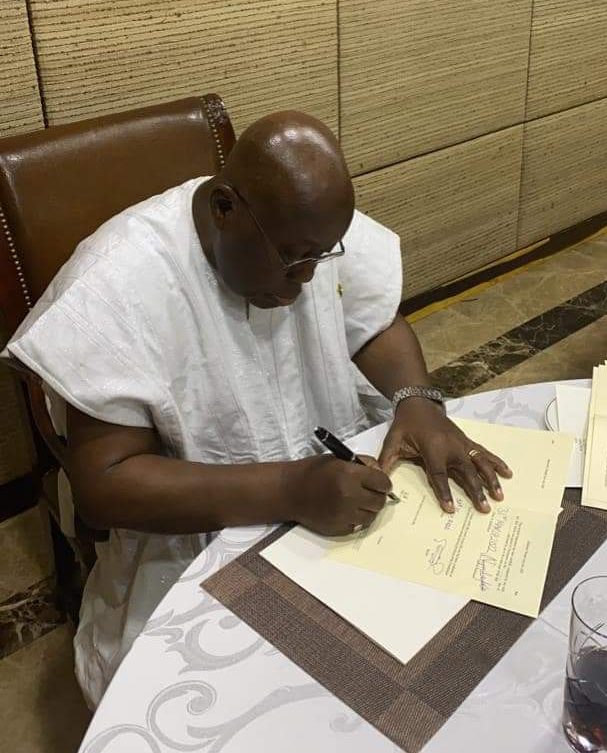 The President, Nana Akufo-Addo, has signed into law the Electronic Transfer Levy Bill also known as the E-levy, two days after it was passed by parliament under controversial circumstances.

His action now paves the way for the implementation of the levy.

This comes barely a day after some three members of the Minority NDC in Parliament filed a suit at the Supreme Court to challenge the passage of the levy, insisting parliament did not have the numbers to pass it.

Parliament passed the bill on Tuesday, March 29, 2022, in the absence of the Minority MPs, who had walked out before the Bill was considered at the second reading stage.

The levy, which was amended from 1.75 percent to 1.5 percent on Tuesday, March 29, 2022, will be a tax on electronic transactions, which includes mobile-money payments.

The charge will apply to electronic transactions that are more than GH¢100 on a daily basis.

Critics of the proposal have warned that this new levy will negatively impact the Fintech space, as well as hurt low-income people and those outside the formal banking sector.

The levy has been the source of tension in Parliament since it was introduced in the 2022 budget.

The tensions culminated in a scuffle between lawmakers in Parliament in December 2021.

The government has, however, argued the levy would widen the tax net and that could raise an extra GH¢6.9 billion in 2022.

There are also concerns that the government may securitize proceeds from the e-levy to raise extra revenue.