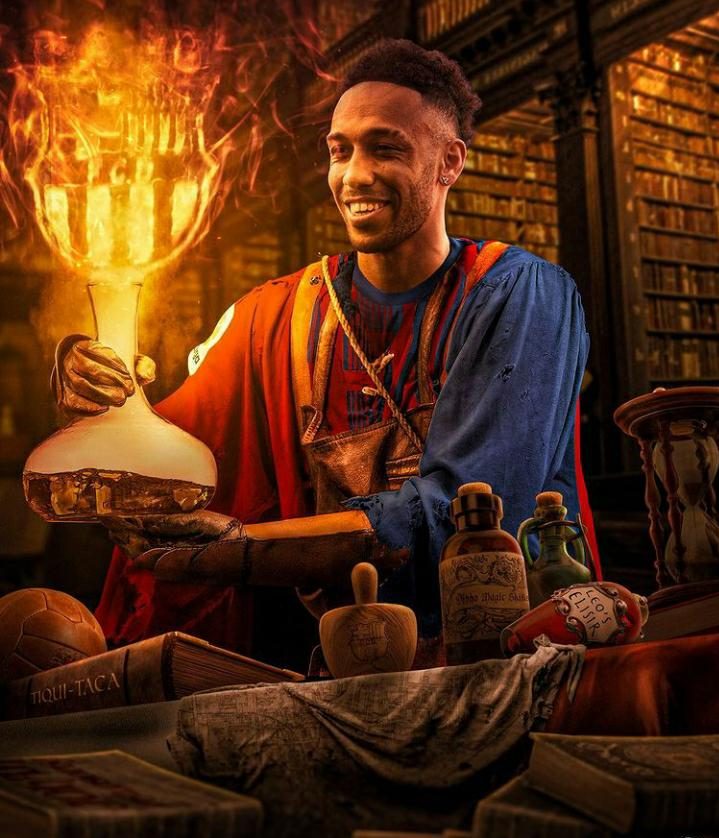 The in-form giants in Spain (FC Barcelona) are now on a 100% winning streak in their last five games in the La Liga after destroying the home grounds of the league leaders.

The second leg of El Clasico came off at the Santiago Bernabeu in Madrid, Spain at 8:00 PM GMT. The first 10 minutes in the first half of this awesome rivalry saw both teams portraying the characters of a hungry and angry lion.

As characteristic of El Clasico, it can never be played without players getting booked for their actions. In the 22nd and 26th minute of the game, Toni Kroos and Frenkie De Jong got for their various side.

An outstanding performance in the attacking position of Barcelona saw Dembele providing a pinpoint cross which was matched with a beautiful header by Aubameyang to give the Catalans the lead in the 29th minute of the game. The striker celebrated his first goal in a Classico with his trademark flip.

The Galacticos searched for an equalizer through superb strikes from Federico Valverde and Vini Jr but were denied by the German shot stopper Marc Andre Ter Stegen who was in the goal post for the Blaugranas.

Ronald Araujo extended the lead of Barcelona with a bullet header for a corner kick in the 38th minute of the game. Real Madrid went into the break trailing by 2 goals to nil to signal the end of the first half.

The second half of the game began with the Blaugranas having much of the possession and still in search of their third goal in the game. The Galacticos fans were in tears as Ferran Torres scored the third goal for his side with a beautiful back heel from the in-form skipper at Barcelona.

All hopes were not lost as Real Madrid pushed on in search of a consolation goal and possibly a comeback just like in the UEFA Champions league round of 16.

Thibaut Courtois kept his side from further disgrace as he made a marvelous save from a strike from Ferran Torres in the game. Barcelona was rewarded their fourth goal from a beautiful chip by Aubameyang over Courtois. The 32-year-old has now scored 7 goals in his last 7 appearances in the La Liga for his side.

The White Angels never gave up in the game; they tried to score a goal. Barcelona dominated possession until the final whistle of the game was blow by center referee Juan Martinez Munuera to bring this dramatic encounter to a close.