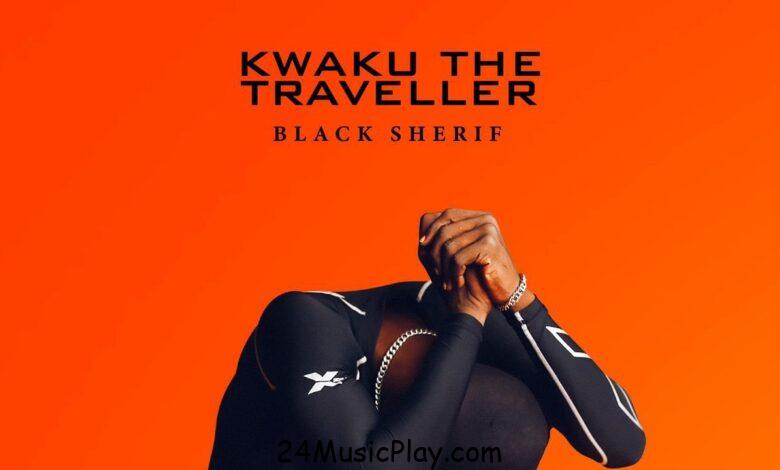 Black Sherif known in real life as Mohammed Ismail Sherif has finally released the much-anticipated new single titled “Kwaku the Traveller”. He is a 20-year-old Ghanaian artist who broke out last year with the first and second installments in his “Sermon” freestyle series. He then went on to vibe it out with Burner Boy on the remix to his hit song Second Sermon and also hitting hard on Darko’s Always track as the featuring artist as well as other songs that received massive air plays across music platforms.

Blacko gave fans a teaser of this new banger during the 5th annual 3Music Awards on March 26, 2022 announcing that he was getting ready to serve fans and music lovers another one from the list of songs unreleased.

Well, just as he promised, the 3Music Awards ‘Breakthrough Act of the Year’ fulfilled the promise by releasing the song, ‘Kwaku The Traveller’. Blacko said, “Big love to Joker, the producer” who did justice on the beat and also shared some insights about ‘Kwaku the Traveller’ with Berla Mundi on TV3’s New Day.

The song slightly touches on his recent issues with the benefactor who supported his music career recently and all the issues that bothers on their little hiccups. This tune finds Sherif in full grind mode but able to acknowledge the bumps in the road and happenstances on his way to making the money in his sights. As he puts it in his distinctive vocals and a little piece goes like “Of course I fucked up. Who never fuck up hands in the air, no hands? I was young what you expect from me? It is what it is”.

Enjoy Kwaku the Traveller on all music platforms.

Listen to the masterpiece: