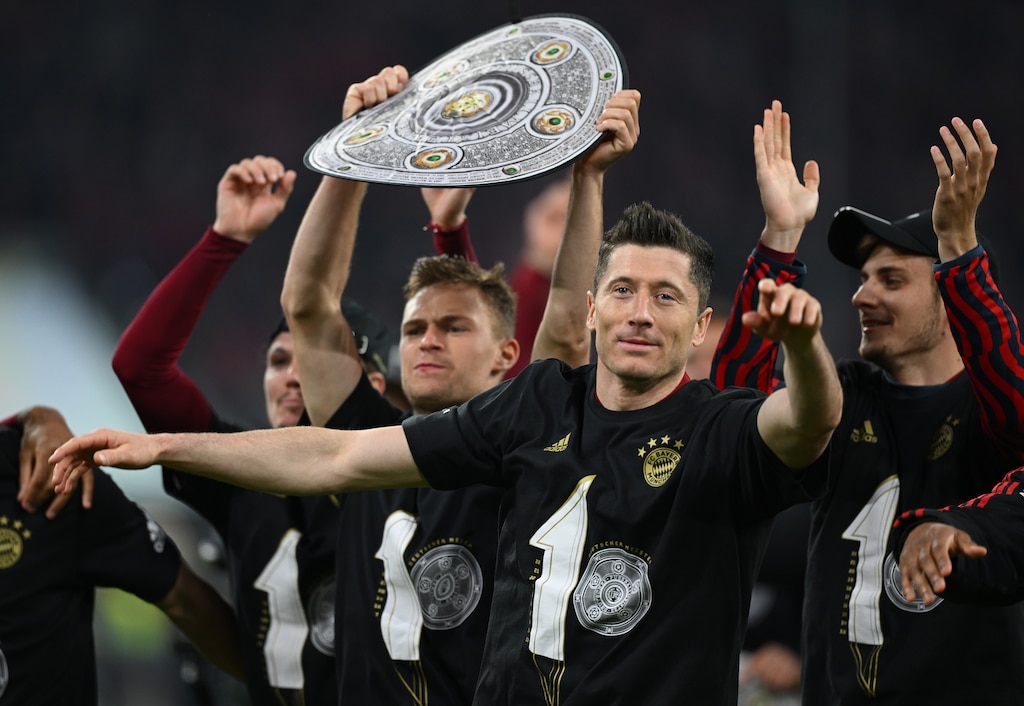 Bayern Munich secured a 10th Bundesliga title a row by easing to victory over second-placed Borussia Dortmund in Der Klassiker.

Julian Nagelsmann’s side have once again dominated domestic rivals this season and this win opened a 12-point lead at the top with three games left.

The 19-year-old slammed home from close range to send the Allianz Arena into celebration as Bayern delivered a 32nd league title.

It comes at a time where Nagelsmann has said he has been subjected to online death threats after his team’s surprise Champions League exit to Villarreal.

Whilst they have been unable to replicate the success they enjoyed in winning Europe’s elite club competition in 2019-20, domestically Bayern remain untouchable.

“We really wanted to win it here. There was a lot of frustration in the past days and we could play it off today.

“This is not boring. This is outstanding. The more you win the greedier you get every year.”

This victory took their unbeaten run to nine matches and with just four defeats in the league this season, no-one has been able to keep pace.

Lewandowski has been instrumental in hitting 33 goals, having found the net 41 times last season – a Bundesliga record.

“It’s huge to be part of the team that wins a tenth title in a row,” said Lewandowski, 33. “The mood at home hasn’t been good for the past two weeks, so this title will help us recover on track.”

Lewandowski’s future remains uncertain with his contract set to expire in 2023, and Dortmund could also be set for significant change in their forward line, with Erling Haaland closing in on a move to Manchester City.

The 21-year-old has hit 18 league goals in 21 Bundesliga matches this season and his potential departure could prove key in Dortmund’s hopes of reducing the gap to their rivals next season.

In all, Bayern have won their previous five Bundesliga titles by a combined 64 points and this latest success again underlines a gulf in class their challengers must somehow find a way to close.