China urges its citizens in Ukraine to display the Chinese flag on their cars. 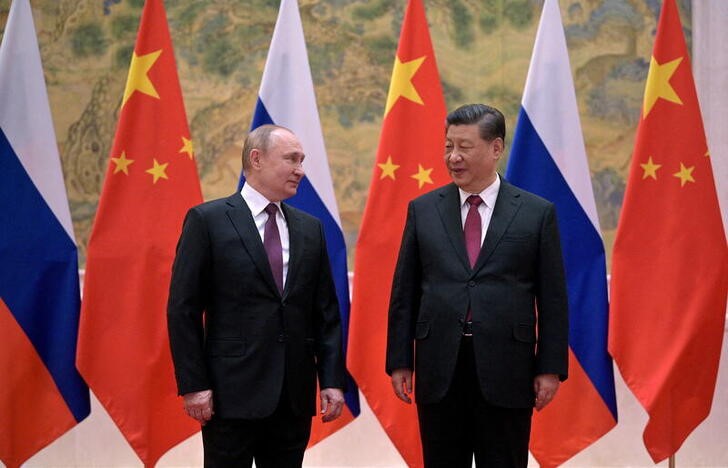 China on Thursday told its citizens in Ukraine to “stay at home” or display the national flag.

The announcement from the Chinese embassy came the same day Russia attacked Ukraine.

Other nations have urged their citizens to leave Ukraine or to be prepared to evacuate.

In the hours after Russia launched an attack on Ukraine, the Chinese embassy in Ukraine advised Chinese nationals there to “stay at home” or to display the Chinese flag on their cars if they have to go outside.

“Social order is chaotic and out of control, especially when there are periods of serious unrest in the city,” the embassy wrote in a safety reminder on Thursday.

“It is best to stay at home and away from windows and glass to avoid accidental injury,” the statement continued.

The embassy told citizens that if they have to travel by car, they should take note of where to refuel and should “affix the Chinese flag at a prominent spot on your car.” Thousands of cars were spotted leaving Kyiv on Thursday morning.

In its reminder, the embassy also encouraged Chinese nationals in the country to help each other, suggesting that wealthier Chinese businessmen or Chinese citizens more familiar with Ukraine should offer assistance to the more inexperienced, such as traveling students.

The notice did not tell Chinese citizens to evacuate the country.

In contrast, other countries have been advising their citizens to leave Ukraine or be ready to evacuate as explosions were heard from Kyiv to the eastern city of Kharkiv, and as Russian tanks were reported to have crossed the border from Belarus and occupied Crimea.