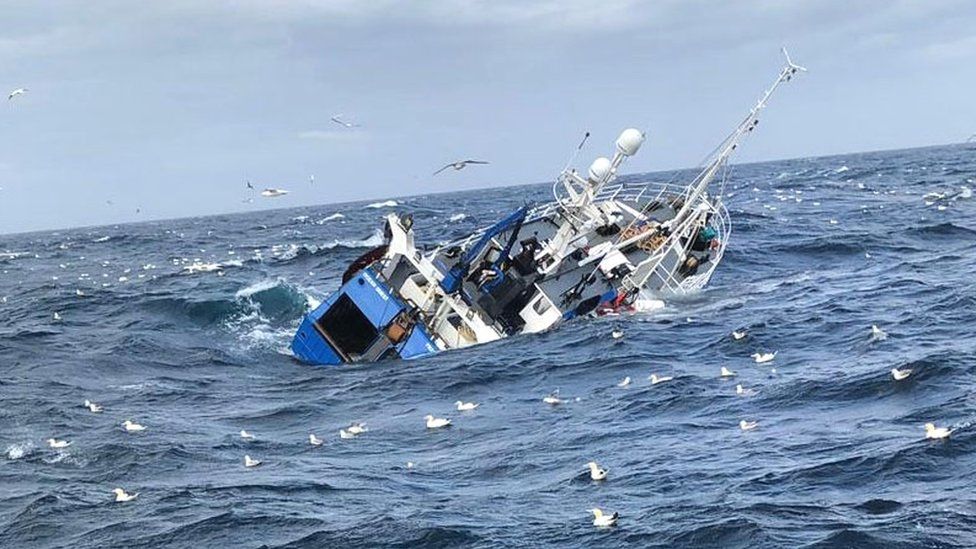 A Chinese fishing vessel, MV Comforter 2 has sunk in the wee hours of last Friday, May 6, 2022, along the Elmina – Takoradi marine waters.

Its last known position was said to be 46 nautical miles South of Saltpond.

Information gathered by Empire News indicates that 25 crew members were on board including 19 Ghanaians and six Chinese.

Other sources also told Empire News that a total number of 16 persons have been rescued. It includes 12 Ghanaians, four Chinese with 1 deceased.

Seven Ghanaians and one Chinese are, however, still missing and unaccounted for.

According to some of the survivors, the MV COMFORTER 2 was fishing at South of Saltpond.

The fishing vessel had caught a lot of fish in its net and was having challenges in hauling the net. The weight of the fishes in the net had caused the vessel to tilt, reports say.

Some sailors tried to prompt the Captain of the situation but he insisted the hauling should continue causing the vessel to tilt further and eventually capsized.

Some Chinese vessels, MENG XIN 6, GUO JIN 606 and JIN HAI 600 were reportedly involved in the rescue of the survivors but MENG XIN 6 was the one that happened to be in the general vicinity of the incident per Empire News’ sources.