#FixTheCountry movement calls for an independent investigation of extrajudicial deaths 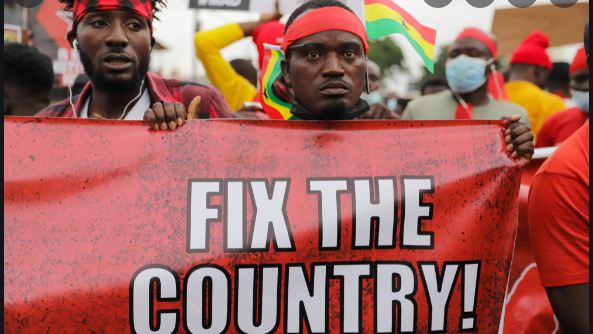 The #FixTheCountry campaigners are demanding that the government and the police administration establish an independent committee of civilian specialists to investigate claims against members of the security forces in relation to the country’s recent increase in extrajudicial executions.

The investigating committee, according to the campaigners, could look into all cases of suspected police misconduct that resulted in the death or injury of people.

A member of the campaign, Felicity Nelson, stated at a press conference in Accra on Wednesday, June 1, 2022, that the Police Professional Standards Bureau, which is the department of the police that deals with public complaints, has been rendered ineffective, allowing the police force to abuse civilian rights.

“We are worried that the lack of accountability for extrajudicial executions is contributing to the rise in such deaths.
According to the evidence we have, officers involved in such assassinations are back on the streets the next day.”

“We demand the establishment of an impartial civilian expert group to investigate claims against personnel of the security services.”
The committee should be responsible for conducting inquiries into every action taken by members of the security forces and other government entities.
We must be willing to look into independent mechanisms to rebuild public trust.”

Some families and victims of police extrajudicial killings spoke out about their traumatic experiences at the hands of cops.