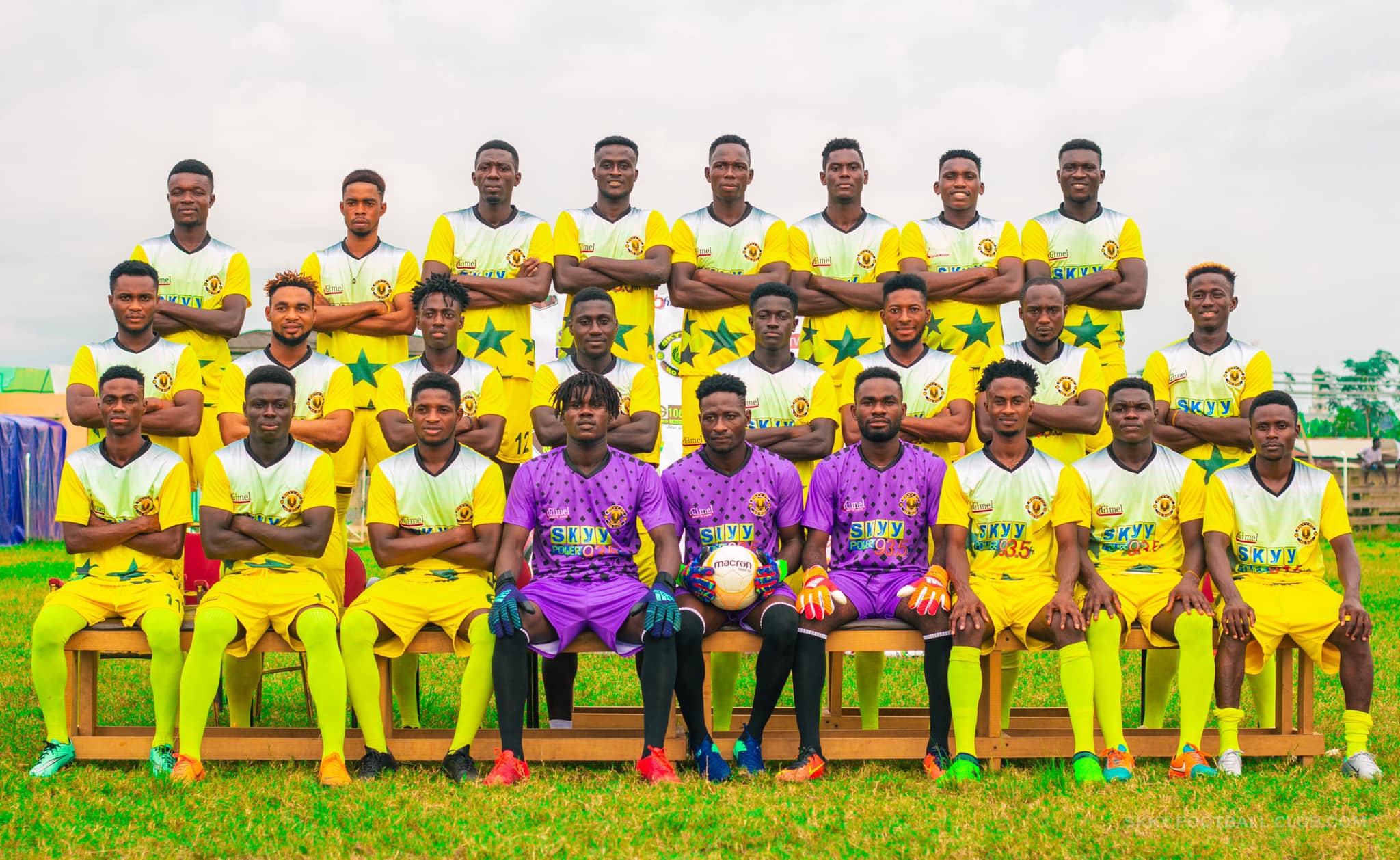 The Ghana Football Association (GFA) Executive Council has issued an indefinite ban on the St Martins School park in Daboase.
This judgment was made when home supporters assaulted FC Samartex 1996 officials and players during a Division Zone League match between Skyy FC and FC Samartex on Sunday, April 3, 2022.
The GFA’s Competitions Department will now set the locations for Skyy Fc’s forthcoming home fixtures, taking into account the distances that the away teams will have to travel.
Below is the letter sent to the Club:
The seminars and meetings on Safety and Security at match venues are organized by the Ghana Football Association (GFA) for clubs and the GFA Regulations on Safety and Security refer.
It is against this background of the efforts invested in promoting the safety and security at our matches that the Association is shocked and extremely alarmed at the criminal assaults on some officials and players of the away team, FC Samartex 1996 before, during, and after the Division One League match by your home supporters at the St Martins School park, Daboase on Sunday, April 3, 2022.
The Executive Council has accordingly exercised its powers under Article 14(2) of the Division One League Regulations and has banned the venue indefinitely.
14(2)“The GFA may order the closure of any league centre/venue where the safety of clubs, match officials and/or spectators cannot be guaranteed”.
The GFA Prosecutors have been tasked to prefer the appropriate Charges immediately and for the disciplinary Committee to sit on this matter expeditiously.
The GFA demands that Skyy Football Club shall immediately assist the Police to cause the arrest of the persons involved in the attack, without fail, in accordance with the promise given by the clubs to the Inspector General of Police in our engagement with the leadership of the Ghana Police Service.
The Association has instructed the Competitions Department to fix the venues for the upcoming home matches of Skyy FC with due regard to the distance to be travelled by the away teams (note that matches can be fixed at the home of the away team if required).
That all clubs are to take note and comply strictly with the GFA Matchday COVID-19 Protocols and the Safety & Security regulations.
The GFA wishes to sound a strong note of caution to all members (especially all clubs) that the slightest harassment or attack on Club Officials, Supporter, Team Officials, players, Match Officials (Referees, Match Commissioners, GFA Cameramen & Women, Venue Media Officers) and the media shall be dealt with severely and swiftly.
Also, any comments from any player, team, or club official and club social media handles that incite supporters against match officials shall be dealt with as well.
There shall be zero tolerance for violence and incitement to violence in our game, especially in this second round of the leagues.