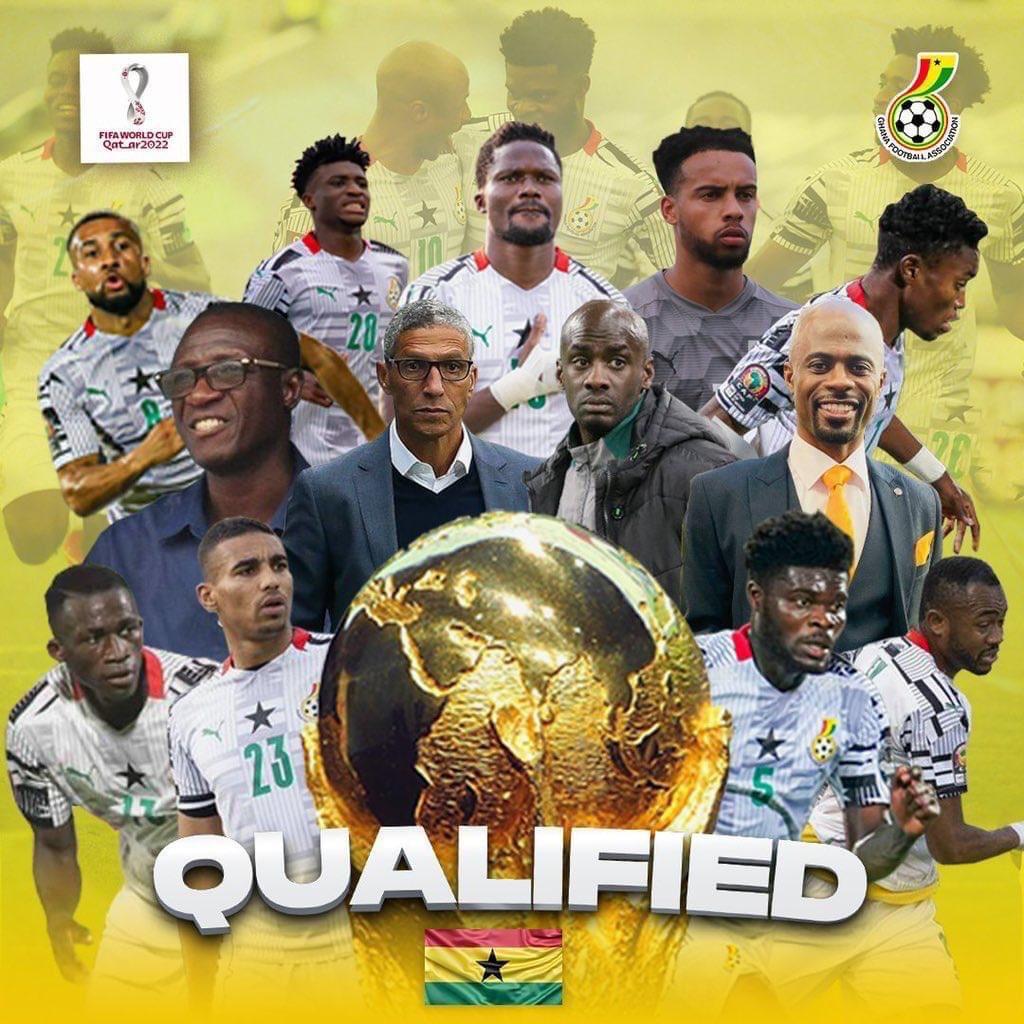 Ghana became the first team from Africa to qualify for the World Cup in Qatar 2022 after an epic 1-1 draw with Nigeria on their home soil at the Moshood Abiola National Stadium in the second leg of their playoff on Tuesday to advance on away goals.

Thomas Partey scored the decisive goal for Ghana in the 11th minute in Abuja from a long ranger. Nigeria quickly reacted to Ghana’s early lead through a William Troost-Ekong equalizer from the penalty spot in the 22nd minute after moments of VAR consultation.

Nigeria could not use its home advantage to get a winner after its home fans thronged the stadium to capacity.

Ghana’s safest pair of hands Jojo Wallacot made heroic saves that turned the fortunes of the game in favor of Ghana after several attempted goal threatened strikes from the Nigerian players.

The two African giants drew 0-0 in Ghana on Friday 25th March 2022 in the first leg at the Baba Yara Stadium in Kumasi.

The result soothes the pain of a terrible African Cup of Nations campaign for Ghana when the four-time African champion was eliminated in the group stage in Cameroon in January 2022 which saw the exit of Milovan Rajevac as the Head Coach.

The Black Stars have since worked on their team to ready them for the all-important task that has become a surmountable one. To many football lovers in Ghana, the Black Stars qualification was the only way to atone for their atrocious performances in the past few years.

Former Ghana player, Otoo Addo was brought in to lead the team for the interim with the sole mandate to qualify Ghana for the World Cup. The confidence reposed in him and the support from all well-meaning Ghanaians gave him immediate success.

Ghana will return to the World Cup after missing out on the 2018 tournament in Russia.