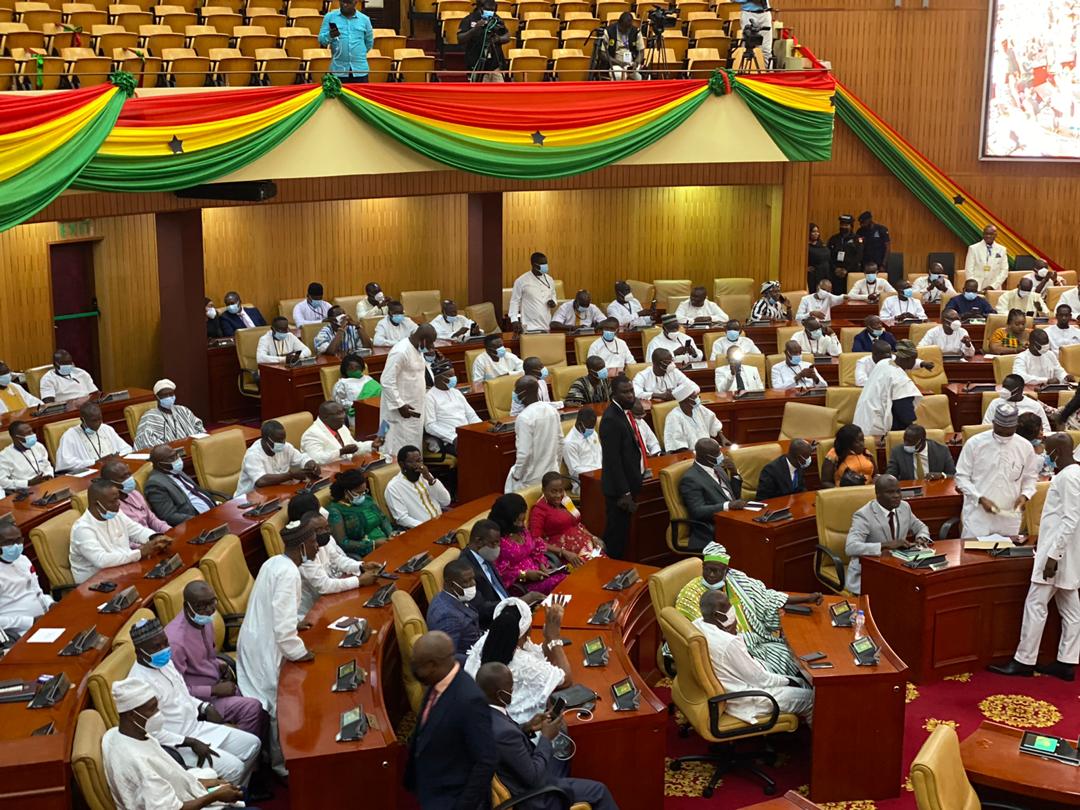 The controversial E-Levy has been passed by a one-sided Parliament after Minority members staged a walkout by boycotting proceedings when the bill was at the Consideration stage.

The Minority leader Haruna Iddrisu who spoke before his side moved out maintained their opposition to the bill.

The Finance Minister who was in the House moved for an amendment of the percentage of the bill from 1.75% to 1.50%.

Speaker Alban Bagbin said he was ready for the consideration stage to continue despite the Minority walkout.

Meanwhile, gravely ill Chieftaincy Minister, Alexander Kojo-Kum has been ferried to parliament in an ambulance to assist in passing the controversial E-Levy on Tuesday, March 29, 2022.

The Majority in the House has had challenges with numbers to pass the E-levy.

The Minority vowed to reject the E-levy whenever it is tabled before the House.

Upon realization, Ghanaians took to social media to react variedly to the passage of the controversial E-Levy.

Below are some reactions;

More reactions are expected to follow this national controversy.