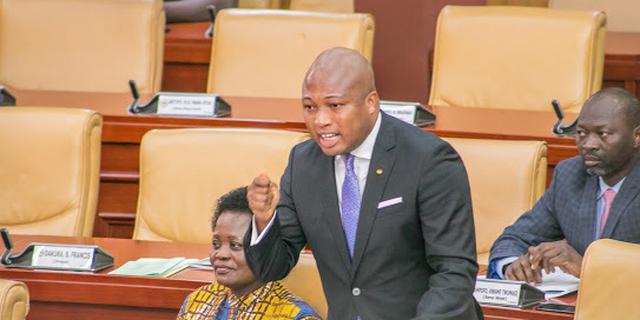 Samuel Okudzeto Ablakwa, the representative for North Tongu, believes that the government’s building of the National Cathedral is an indication that Ghanaians are being regarded as second-class citizens.

He calls the endeavor the biggest presidential scandal in the nation’s political history and accuses the State of being deceitful about it.

The lawmaker’s remarks follow his assertions that the National Cathedral project is a private enterprise, in contrast to claims that it is state-owned, as well as allegations that some members of the Board of Trustees have been replaced despite not having been registered as such.

“This is why we are pushing for a bi-partisan committee probe into this whole National Cathedral rot, which is emerging as the biggest presidential scandal. It is the most putrefying presidential heist in the entire history of the fourth republic. And we think that we must have a special probe to really delve into all the matters because anytime the government makes claims, every angle of it is a breach”, Mr. Ablakwa said on Eyewitness News.

Ernest Norgbey, a fellow Ashaiman MP and Mr. Ablakwa’s colleague has already announced plans to file a lawsuit against the government for awarding the National Cathedral’s architectural design contract to Sir David Adjaye & Associates Limited on a sole-source basis.

The North Tongu lawmaker questions why such a religious building is being built through alleged shady dealings after speaking out against the National Cathedral’s development and the government’s financial participation.

“This is the Lord’s initiative, but there is no righteousness, no holiness, no purity, and there is no effort to observe our commandments or to revere God.
These are the issues about which we are utterly indignant, and we are putting everyone on notice that, as a caucus, we treat them seriously, will investigate them, and will ensure that those involved provide the necessary information.
If not, people won’t take the Ghanaian Parliament seriously, he emphasized.

The National Cathedral of Ghana, however, refuted the MP’s assertions and insisted that it had been registered as a private organization, refuting the MP’s claims.

The initiative is a non-profit organization controlled by the government, according to a statement by its executive director, Dr. Paul Opoku-Mensah.

K. T. Hammond is the new trade minister, and Bryan Acheampong is the new agriculture minister

After meeting with Mahama, Muntaka accepts a reshuffle in Minority leadership