Hearts of Oak and Asante Kotoko battled out an exciting 0-0 draw at the Accra Sports Stadium. 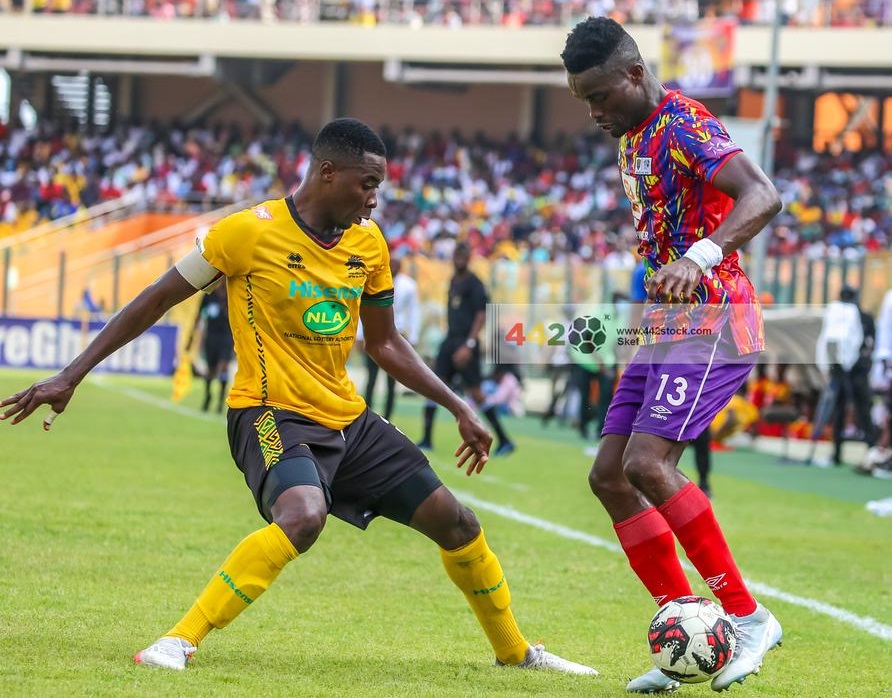 The Match Day 7 match, which had been postponed owing to Hearts of Oak’s involvement in the CAF Champions League tournament, was ultimately played on Sunday. The Phobians, who needed a win to close the gap on the Porcupine Warriors, got out to a strong start and should have taken the lead early when Daniel Barnieh set up Kwadjo Obeng Jnr, whose strike hit the post. Barnieh came close a few minutes later, but he wasted a golden opportunity to break the tie. Following the break, Etouga and Richard Lamptey came within minutes of one other, as Kotoko held their dominance. The match eventually ended in a 0-0 draw, bringing the Ghana Premier League’s first round to a climax.

12 thoughts on “Hearts of Oak and Asante Kotoko battled out an exciting 0-0 draw at the Accra Sports Stadium.”

Five dead in a terrible accident in Begoro.

Duffour Informs Ghanaians About NDC Registration:
Join Us in Making a Difference!