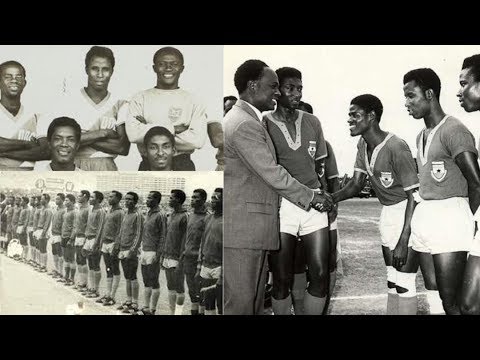 “The moniker Black Stars was chosen from a football team located in Peki,” said Rockson-Nelson Dafeamekpor, Member of Parliament for the South Dayi seat.
In the 1950s, Nkrumah went there to visit a friend. When Nkrumah arrived in Peki, they had Peki Black Stars.
He adopted the moniker from an Avetime team.”

“There are historical accounts, as well as the football club’s name.
It’s common knowledge in Peki.
It appears that we haven’t made enough of an effort to accentuate it, as the Black Stars have.
It was given to Nkrumah by Peki Black Stars.
So whenever he came to visit, they played communal games.

Nkrumah paid him a visit [one], and the moniker, Peki Black Stars, intrigued him, so he seized it and adopted it for the Black Stars.”