I prefer Record of the Year – Fameye 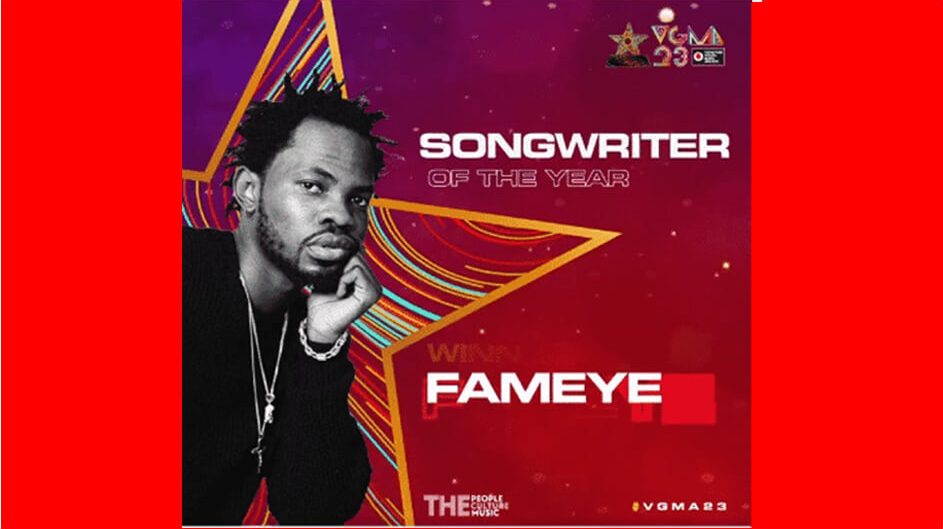 Mr. Peter aka Fameye lost Record of the Year to Amaarae, who won with Sad Girls Luv Money.

Despite his disappointment over the missed award, the VGMA 23 Songwriter of the Year who broke Kofi Kinaata’s winning streak in the category pointed out at how the award recognizes the passion behind his craft as a musician.

His words were; “Being the songwriter, the whole awards for me, that’s the ultimate because it is that technical. So for me to be the Songwriter of the Year should tell you how technical and serious, and passionate I’m about my music. And so for me, I think I’m the Artiste of the Year.”