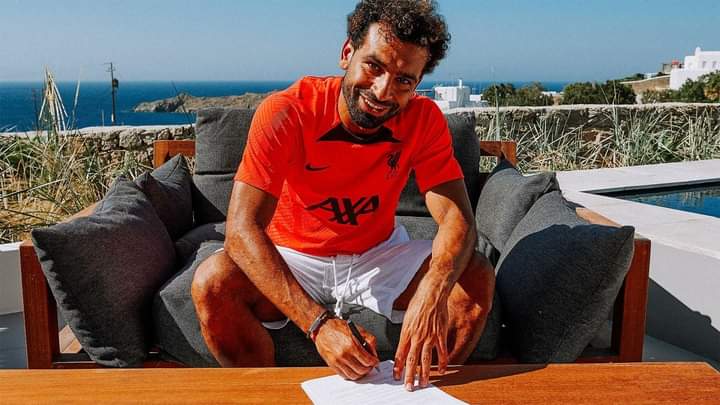 Mohamed Salah has signed a new contract with Liverpool FC until 2025 in what is a major boost, as the prolific world-class winger commits his long-term future to Anfield.

It’s been said before but it’s worth saying again; Liverpool is no longer the stepping stone but the destination, as Salah’s signature now shows.

The Reds have made it their priority to tie down the key pillars of Jurgen Klopp‘s squad, rewarding those who have sent Liverpool back to the top of domestic and European football.

And the No. 11 now joins the re-signing contingent after agreeing to a new bumper three-year contract, ending months of speculation regarding his future.

Salah has been nothing short of world-class since arriving at the club back in 2017, breaking record upon record and catapulting his name towards the top of the Reds’ all-time goalscorers chart.

A total of 156 goals in 254 games to date sees him sit ninth in the club’s all-time list, having broken into the top 10 last season, ahead of Sam Raybould, who starred in the early 1900s.

And his new deal reflects his status in the team and silences any further speculation over his future after years of suggestions that Anfield was only a stop along the way.

Reports suggest Salah’s new deal will see him earn in excess of £350,000 per week, putting on par with the Premier League‘s top earners like Kevin de Bruyne.

After agreeing to extend his stay Salah told the club’s official website, “I feel great and [I am] excited to win trophies with the club. It’s a happy day for everyone.

“It takes a little bit of time, I think, to renew, but now everything is done so we just need to focus on what’s next.

“I think we are in a good position to fight for everything. We have new signings as well. We just need to keep working hard, have a good vision, be positive and go for everything again.”