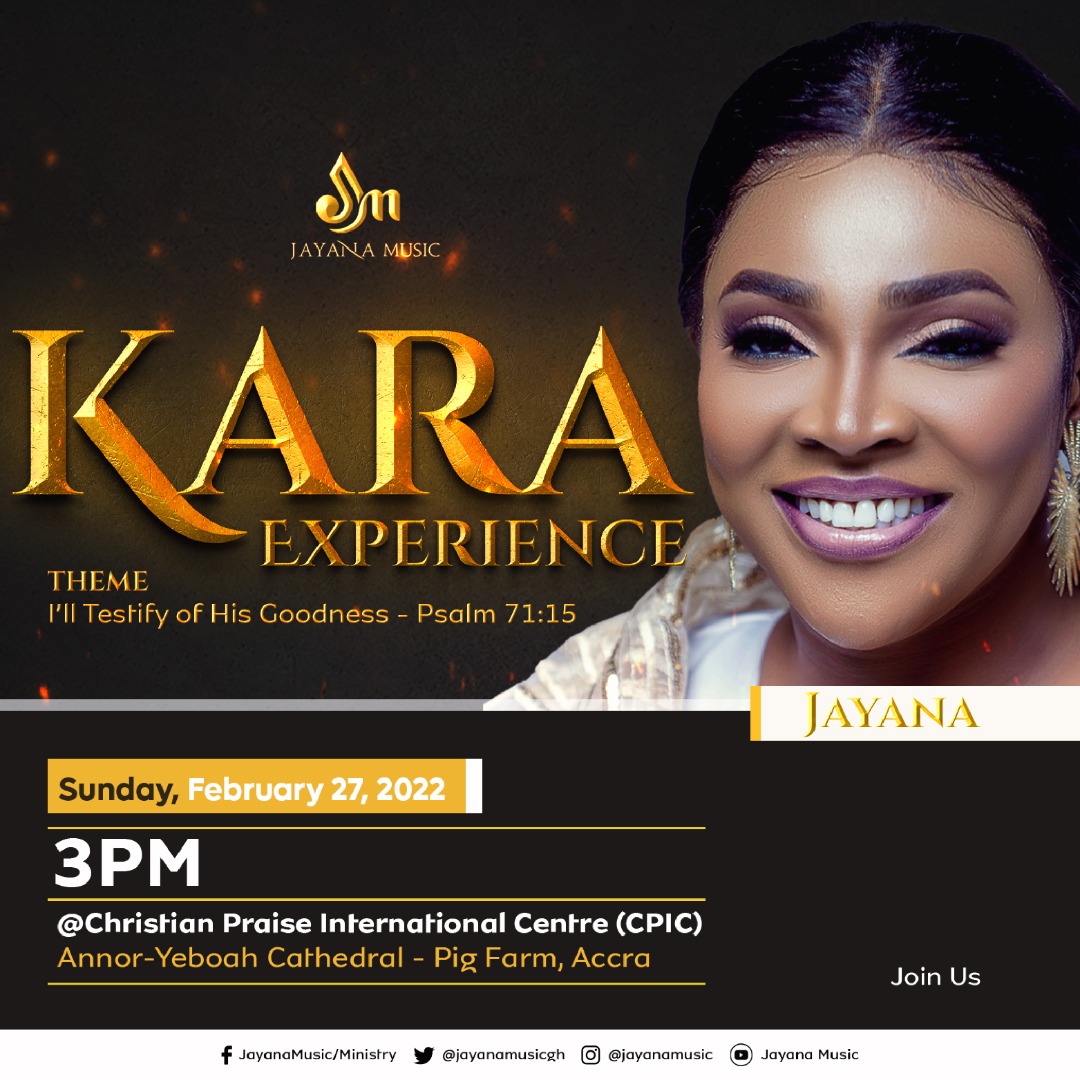 KARA Experience is an annual gospel concert under the ministry of the sensational Gospel artiste, Jemima Annor Yeboah, popularly known as JAYANA.

Lady Jayana is noted for her soul-touching ministrations, making a great impact in the gospel circle. As a result of this, she was nominated in the Best Vocalist category in the Ghana Music Awards after releasing her first album in 2006. She was among the finalists of the first season of the Stars of the Future competition. This amazing woman of God earned nominations in the following categories, Gospel Song of the Year, Gospel Artiste of the Year, Most Popular Song of the Year, and Best Collaboration of the Year at the 2019 Emerging Music Awards.

She is a mentor to many upcoming songbirds. She was adjudged the Female Vocalist of the Year at the Second Edition of Ghana Urban Gospel Awards ( GUGMA). The ‘VICTORY’ hitmaker beat Efe Grace, Alexander, Ps. Dzifa, and Celestine Donkor in the competition.

Aside from Music, Jayana is a cosmetologist and owns a beauty salon and an academy. She is a philanthropist and has helped lots of people including orphans and widows.

As part of her ministry, the Lord has placed on her heart an annual Gospel concert. This year’s version is titled, ‘KARA EXPERIENCE 22’ and the theme is, “I’ll testify of his Goodness” (Psalm 71:15). It will be held on Sunday 27th February 2022 at exactly 3 p.m. prompt at the Christian Praise International Centre, CPIC. East.

The concert will receive the likes of Joyce Blessing, Kobby Mantey, Kofi Karikari, the Queen herself JAYANA, and many others gracing the stage with heavenly tunes.

Don’t miss out!!
Come with a heart of Gratitude and
the Lord will do you well.