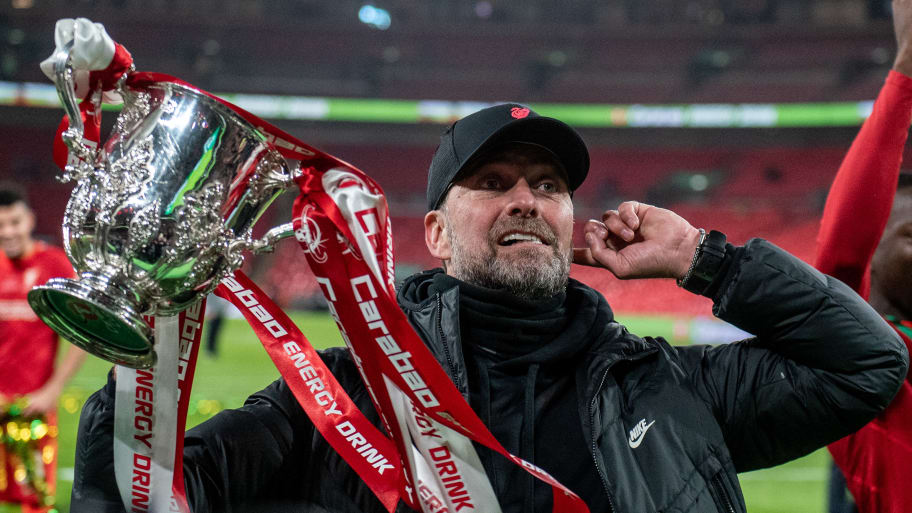 Jurgen Klopp has branded talk of Liverpool winning the quadruple this season ‘crazy’, playing down the idea that the Reds will win every trophy available to them.

The Reds scooped the first domestic silverware of the season on Sunday, defeating Chelsea in the Carabao Cup final on penalties.

They’re still also going strong in the FA Cup and Champions League, while they have clawed their way back into the Premier League title race.

But Klopp has played down Liverpool’s chances of becoming the first team to win all four major trophies in the English game in the same season.

“No team in the history of English football ever won the quadruple, right? Because it’s really difficult,” Klopp said ahead of Liverpool’s FA Cup clash with Norwich.

“We are not even close to thinking about crazy stuff like that. We have won the Carabao Cup, we are behind [Manchester] City in the league and now we have Norwich in the FA Cup after 120 minutes on Sunday.

“Even Manchester City with all their quality did not win it. The reality is [that] to win something you have to be focused on the next step and the one after that – that’s what we do.

“I don’t see it as a compliment [if people think they can] but it’s better people think we can do good things rather than be useless. I don’t need this kind of compliment – we are close to nothing at the moment. We face a lot of good teams between now and the end of May. The smallest problem I have right now is thinking they [players] could fly.”