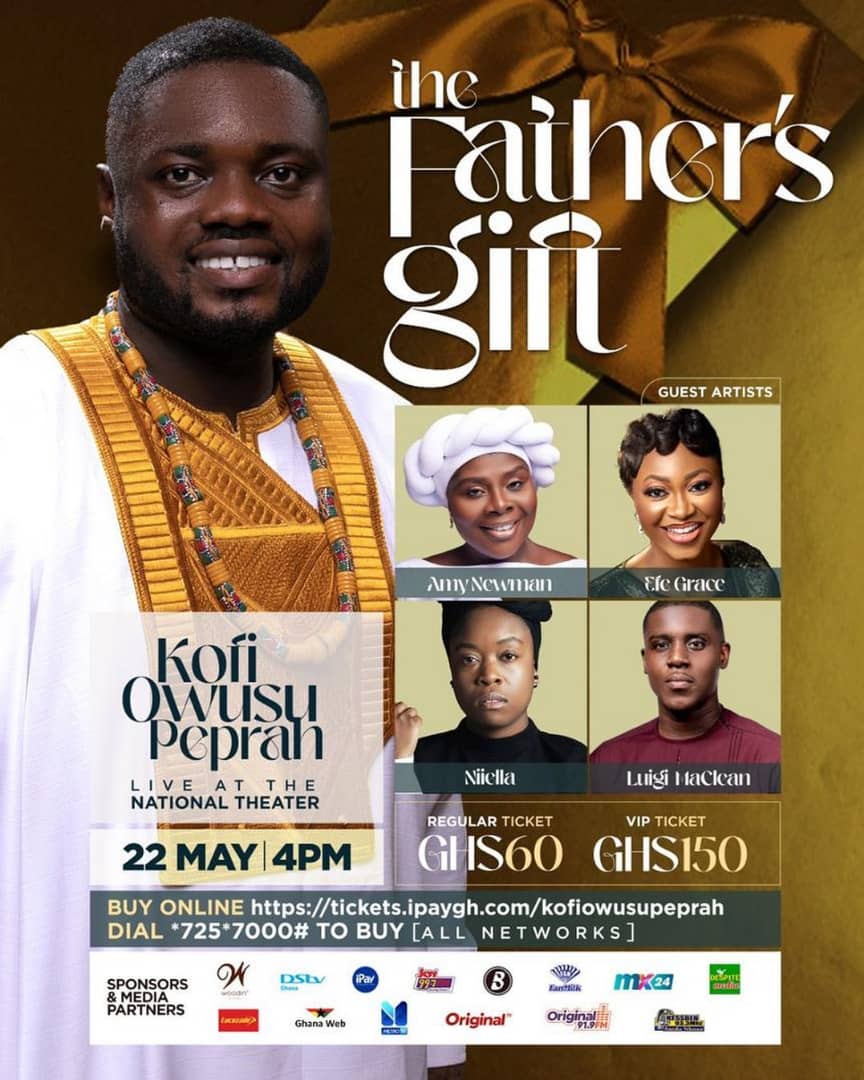 Mr. George Kofi Owusu Peprah is a music minister of the Gospel of Jesus, composer, music director, and an instrumentalist from Ghana. He was born to Mr. and Mrs. Owusu Mensah. Minister Kofi is the third of five children. He attended Kwame Nkrumah University of Science and Technology (KNUST). He was a bass guitarist at the University. At the time, he realized that many students who played bass guitar were than him. As he was determined to be useful in the scheme of affairs nonetheless, he opted to be a singer and in a small while became a music director for the University’s mass choir in 2014, this certainly was his best decision and today, he is doing great in the Gospel music industry. With a firm belief that his father, Rev. George Owusu Mensah’s direction and coaching have had positive influences on his flourishing music ministry, he did a rendition of his father’s song, MATWEN titled, The ‘Father in his honor’.

Since then, he has come out with other songs such as Amen, Big God, Yesu Nyame Ba, Nyametease, No other God, and lots of worship medleys. Despite the growing popularity of his works in the last years including Big God, he failed to secure a nomination at the year’s Vodafone Ghana Music Awards (VGMA). Speaking about the development, Kofi said even though he would have loved to be part of the year’s awards, he was not bothered about not getting nominations.” My works are proof of what I did last year. I released three songs in the midst of the pandemic and they are still doing well. Maybe, the organizers had their criteria but whatever it is, I’m excited to know my songs are positively affecting lives he stated.

He is married to Mrs. Barbara Ama Asantewaa Mensah, a fashion designer, and they’re blessed with a daughter, Diella Psalm. At present, he is a backing Vocalist for Joe Mettle Ministries and also the Music Director of the International Central Gospel Church ( Evangel Temple) located at New Dawhenya.

He has an upcoming concert on the 22nd Of May live at the National Theatre dubbed, “The Father’s Gift”. Ministering live will be the Evergreen Amy Newman, Efe Grace, Luigi Macclean, Niiella, the KING himself, and many other amazing ministers. Tickets are going out for 60 ghc regular, 150 ghc vip, also you can buy them online https://tickets.ipaygh. com/kofiowusupeprah or dial 7257000# to buy on all networks.
Make it a point not to miss out.
Come and experience God through worship.