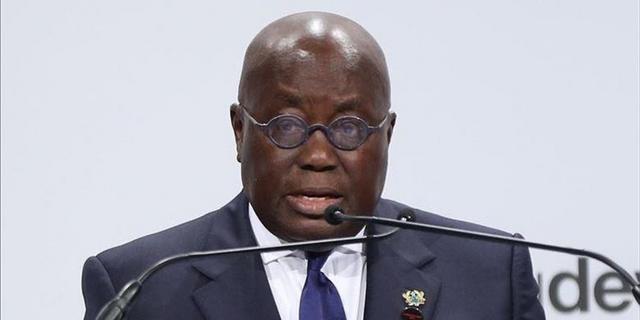 President Nana Addo Dankwa Addo Dankwa Akufo-Addo has said that there are persons who seek to cut short the democracy of Ghana by pronouncing coups in Ghana.

He said such persons either do not respect the Ghanaian people or fear that they will be rejected in an elections hence calling for overthrow of an elected government.

Mr Akufo-Addo urged all Ghanians to reject such persons.

Delivering his speech on the 30th anniversary of the 1992 Constitution of the Republic of Ghana on Thursday April 28, he said “Several attempts to take Ghana down the path of multiparty democracy was met with stiff opposition and cynical response.

“They will rather have authoritarian rule foisted on the citizens claiming Ghana was underdeveloped and we needed to get things done in a hurry.

“They claimed that democracy was cumbersome and will divide Ghanaians along along tribal lines . However, the word was widespread and unanimous to have a decade-long ban on party political activities imposed in 1981 lifted and the return to multiparty democracy established. The Ghanaian people wanted a living condition of freedom where there was respect for individual liberty.”

He added that there are some people who want to return to dark days of authoritarian rule.

“Thus seeking a short cut to office in power. Let us resist such persons for our common good.”