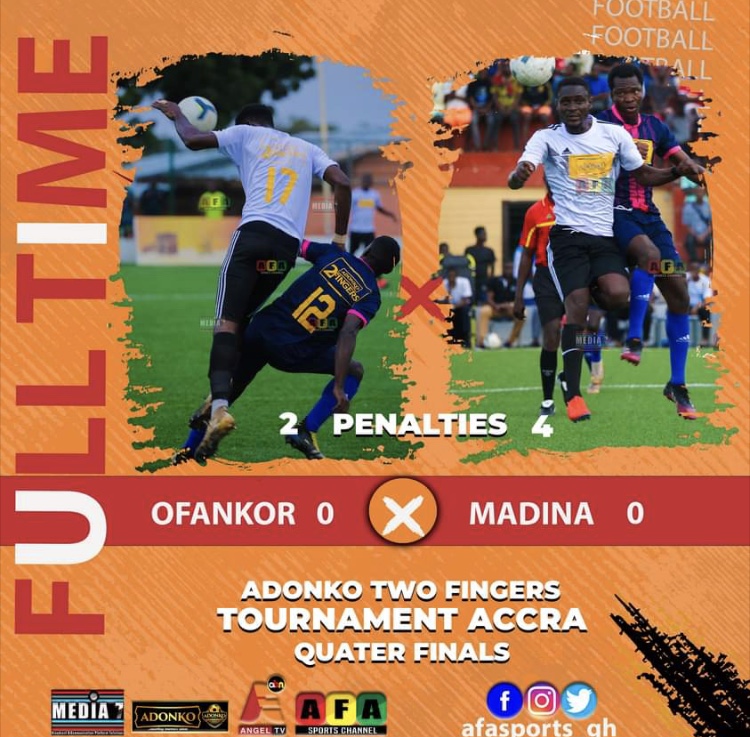 Ofankor, after going unbeaten in the Adonko Two Fingers Inter-community tournament, they were paired with Madina in the first quarter final game of the competition.

The first half saw both team having a fair share of possession with numerous of chances been created.

Ofankor won themselves a penalty after a careful review by the referee from the Video Assistant Referee (VAR) monitor.

Dordor Kofi Junior, the goalkeeper of Madina saved his side by producing a fabulous saved to end the half.

The second half of this crunchy encounter began and saw Ofankor having most of the possession in the game. Chances were created by both team in the game but none could not find the back of the net.

Madina kept on mounting pressure on Ofankor in search of the first goal of the game.

The search for a winner in the game was decided on penalty shootouts. Madina defeated Ofankor by four goals to two.

Madina will be facing Abeka in the semi final of the tournament.