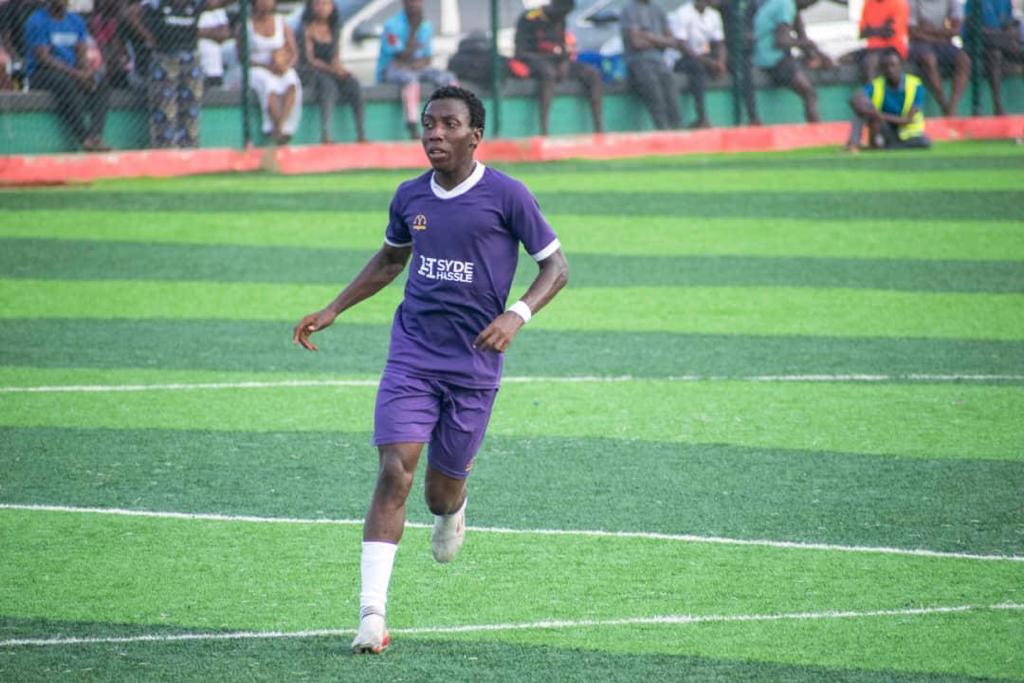 Alidu Mohammed is a Ghanaian professional player who players as central midfielder for Ghana Premier League club Legon Cities FC.
Mohammed was born on October 29 2004 in Accra,Ghana. Alidu Mohammed is an ethnic Damgoba and is a Muslim.

In the year 2020, Mohammed gained promotion to play for Greater Accra Division 2 side Mobile Phone People, the parent club of Madina Manchester on a two year deal. He made his debut against city rival Republicans where Mobile Phone People lost by a goal to nil.Mohammed helped his side top the league log gaining them a spot in the promotion playoffs.
Mobile Phone People went straight to the final playoffs but lost to Golden Kicks on penalties.
In the 2021/2022 Grea Division 2 Zone 8 season, Alidu Mohammed contributed in 11 goals for his side where he netted 8 goals and provided 3 assists in 15 appearances.

His performance attracted scouts of various clubs in Ghana but Legon Cities FC were the lucky side to acquire his services. Alidu Mohammed has penned down a 3 year contract deal with the famous football club and will be playing under the Head Coach Maxwell Konadu.