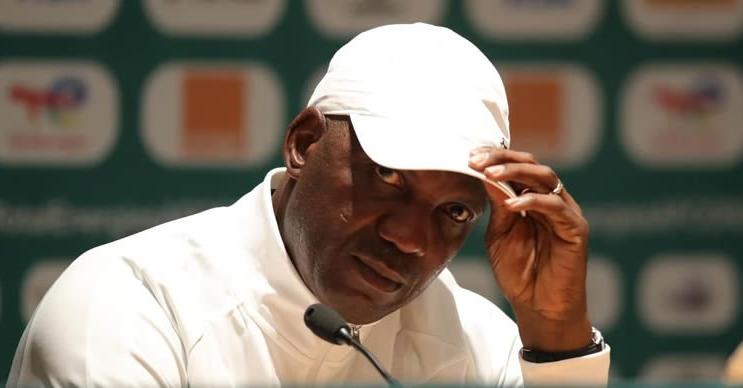 Augustine Eguavoen steps down as head coach of Nigeria after just three months in charge.

Eguavoen, 55, was named as interim coach in December 2021 to replace Gernot Rohr going into the rescheduled 2021 Africa Cup of Nations. During this time, he has been unable to lead the Super Eagles to the world’s biggest football festival which is set to take place in Qatar this November. After a 1-1 stalemate at the Moshood Abiola Stadium on Tuesday, Ghana qualified on the away goal rule, thereby putting pressure on him.

Following the enormous backlash over the team’s inability to gain a spot in Qatar, he has now resigned from his position. He will return to his post as Technical Director of the Nigeria Football Federation, according to multiple sources in Nigeria.

In confirming his resignation, the statement of the Nigeria Federation of Football (NFF) added: “The NFF has in the meantime withdrawn the two-and-half years contract offered the coaches and terminated the appointment of the entire technical crew of the team with immediate effect. A new crew will be announced after a proper review to lead the new charge of reinvigorating the Super Eagles to face future challenges appropriately.”

The former Nigeria U-17 coach had been speaking tough ahead of the return match against the Black Stars.The Ghanaians, on the other hand, became party poopers after a 1-1 draw in Abuja on Tuesday.

He oversaw the team’s poor 2021 Africa Cup of Nations performance in Cameroon during which they were knocked out in the round of 16 by Tunisia.