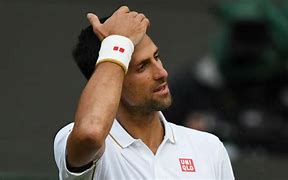 The 20-time Grand Slam champion will lose his top spot with Daniil Medvedev taking up the position. Djokovic, defeated 6-4 7-6 (7-4) by Jiri Vesely, the 123rd-ranked Czech.

Since February 1, 2004, Medvedev will be the first new world No. 1 in tennis either than Novak Djokovic, Roger Federer, Rafael Nadal, or Andy Murray. Overtaking Rafael Nadal on February 2, 2020, the Serbian athlete had held the global No. 1 spot, breaking a new record for weeks at the top in March, which stands at 361.

Medvedev, who was seeded first in Acapulco, will now take to the court in the quarterfinals knowing that he will be number one in the rankings on Monday morning. Vesely is one of only three players who have defeated Djokovic several times and never lost to him, with Nick Kyrgios and Marat Safin the others. For almost four years, the 28-year-old has been the lowest-ranked player to defeat Djokovic.