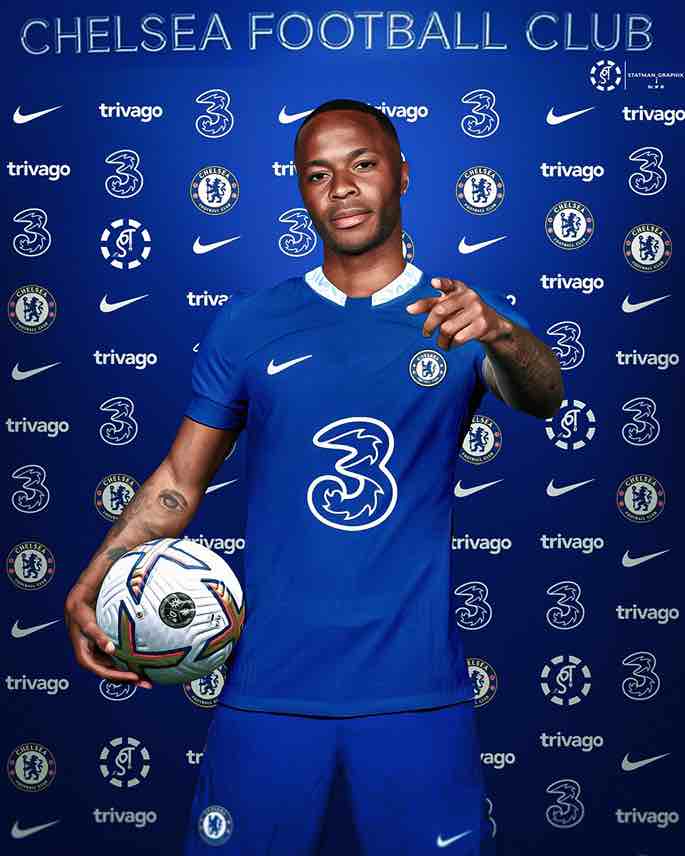 Raheem Sterling, an English attacker, has been acquired by Chelsea for £50 million from Manchester City, it has been announced.

The 27-year-old Sterling has committed to Stamford Bridge for five years.

Sterling was acquired by City from Liverpool in 2015 for £49 million.
He went on to win four Premier League championships and score 131 goals in 339 appearances.

“I’ve obviously achieved a lot in my career so far, but there is still so much more to achieve and I’m really looking forward to doing that in a Chelsea shirt, under Thomas’ management,” said Sterling.

“London is my home and where it all started for me, and it’s amazing I now have the opportunity to play in front of friends and family week in, week out at Stamford Bridge. I’m really looking forward to meeting the fans there soon.”

Sterling has reunited with the rest of the Chelsea team, which took off on Saturday for a preseason tour of the United States.

In a previous goodbye post, Sterling said that he was leaving City “as a man” and added, “Seven seasons, 11 major trophies, a lifetime of memories.”

“Raheem Sterling is a serial winner and his signing is a vital step in improving our squad,” said chairman and co-controlling owner Boehly.
We are thrilled that Raheem will be joining Chelsea in their return to London, and we can’t wait to see his extraordinary talent on exhibit at Stamford Bridge.