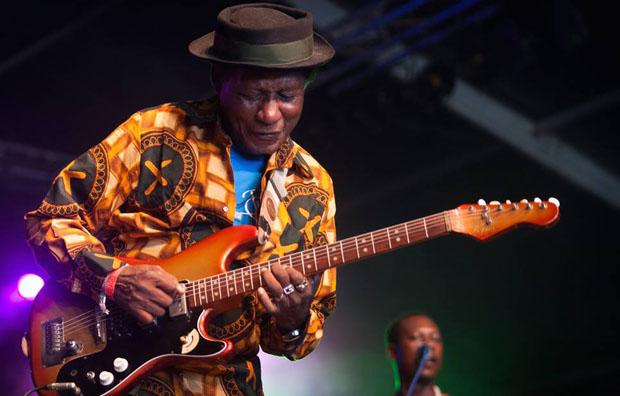 In an interview with Giovani Caleb on the 3FM Drive, the highlife legend was quizzed about his secret for staying young and healthy hence sharing a few tips tightening the utmost that staying away from sex is the ultimate secret ingredient.

He told Giovani Caleb on 3FM Drive that minding his business and eating lots of fruits has added to his life span and also added that having too much sex can have a toll on one’s health. The 86-year-old, who recently returned to Ghana, after his world tour, inspires many with his vitality and strength.

Despite suffering from a diabetic condition that has affected his eyesight, he performed on international stages in Las Vegas, Chicago, New York, and the like. His secret? Generally care for one’s health by eating well, having less sex, and having no enemies.

Uncle Ebo, an early innovator in the Ghanaian highlife scene, has spent the last decade recording his first studio album. He said that the delay was inevitable given his working method, in which he just waits for the tunes to find him. He said he didn’t try to push things and thanked his band for their undying loyalty.