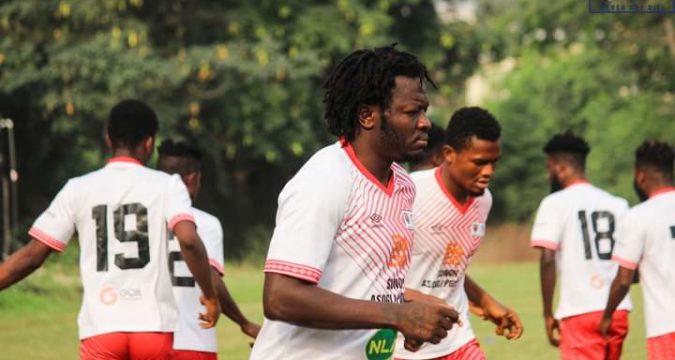 Former Black Star midfielder who is in search of his second coming into the national team bags in a goal for his side in their 2-1 victory against WAFA.

Muntari scored his first goal in the rainbow colours from the penalty spot in the 75th minute of the game. The 37-year-old made his debut for the Phobian club against city rival Accra Great Olympics and has finally shut up haters with a goal for the club.

The former Milan star helped the Ghanaian giant to clinch the 16th edition of the President cup last Friday, 4th March, 2022 by defeating Kumasi-based club, Asante Kotoko by two goals to one.