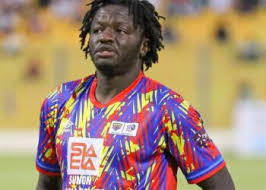 According to Ghanasoccernet., an Italian businessman named Rodrigo Renato Gianno has filed a case against Ghanaian star Sulley Ali Muntari at the High Court in Accra.

The footballer owes him €97,320, according to the lawsuit, which he has failed to pay due to a lack of financial resources.

As a result, he is asking the court to force the player to return all of his funds to him.

According to reports, Rodrigo Renato Gianno said that while playing for the Black Stars in 2015 and 2017, the former Black Stars footballer engaged him to plan and pay for a variety of travel tickets and hotel accommodations for himself, and his family, and friends.

He refused to reimburse him [the businessman] for the money he had spent on business expenditures after completing the job for Muntari.

When Sulley Ali Muntari was confronted with the debt, he acknowledged it and promised the merchant that he would pay it, according to Rodrigo Renato Gianno’s writ.

Despite having won a lawsuit against Muntari in the Court of Milan, the businessman claimed in 2019 that he had not yet received payment from the player.