Ukraine: Doctors report rise in premature births due to war 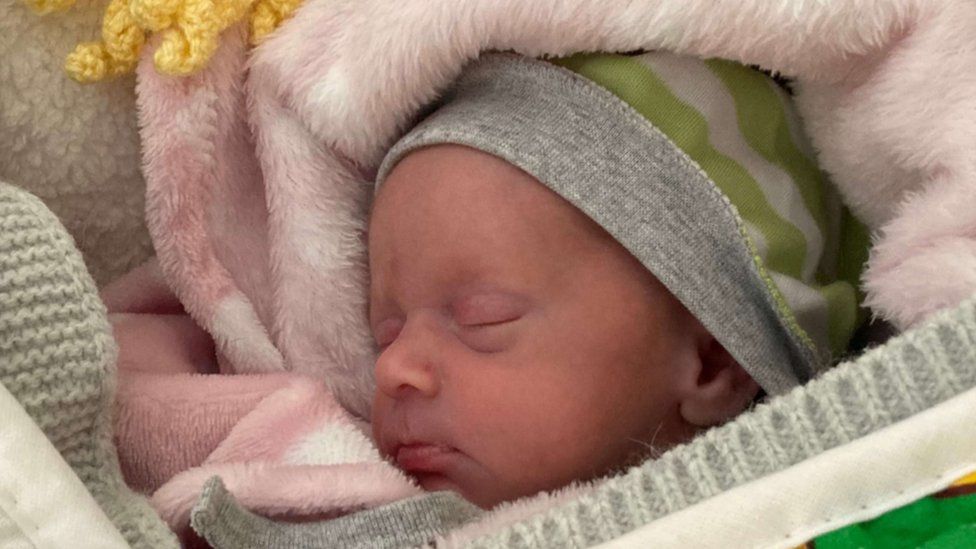 Doctors have begun seeing a sharp rise in the number of premature births in some areas of Ukraine, as the conflict enters its second month.

Prenatal clinics in both Kharkiv and Lviv have told the BBC that the rate of preterm births has doubled or tripled in the past few weeks, as a result of stress and medical issues linked to the war.

Viktoria, 800g (1.7lbs), was born in Lviv’s perinatal hospital in early March along with her twin sister Veronika, after her mother fled from Kyiv. She’s just passed her first kilogram.

These two little girls, one a refugee, the other struggling for life in a city bombarded by Russian forces, reveal the grueling choices facing mothers and doctors here.

Iryna Kondratova, the medical director in charge of Polina’s care, told me premature births had jumped to three times their normal rate at her Kharkiv clinic, and now account for 50% of all deliveries.

“Infections, lack of medical help, bad nutrition: war creates a risk of premature birth,” Dr Kondratova says. “Our premature birth rate was already high because we had a lot of patients from Donetsk and Luhansk.

“In conflict zones, women spend a lot of time in crowded basements, where infections are active. And it’s also harder for women to reach medical help if they need it.”

While the percentage of premature births in her clinic has risen, Iryna says the total number of her patients has shrunk, as women flee the fighting in Kharkiv.

Across the country in Lviv, away from the front lines, they’ve seen an influx…