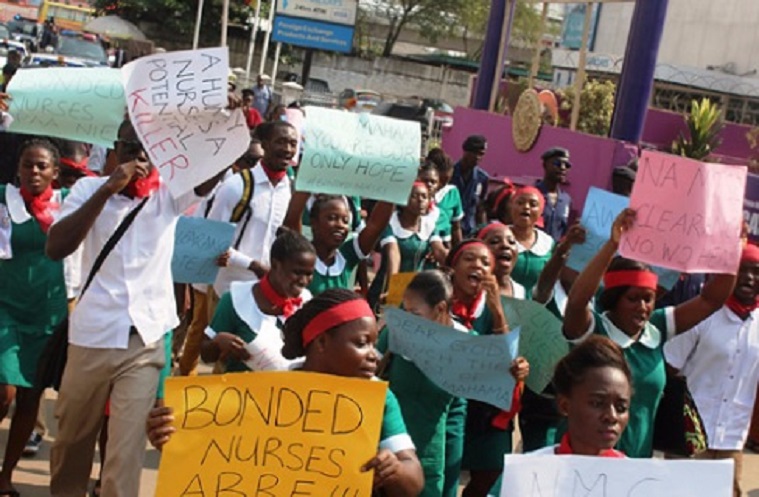 The Coalition of Unemployed Nurses and Midwives Association has threatened to stage a major protest in response to the government’s refusal to grant clearance to some of its members who finished school in 2019.

According to the group, the Ministry of Health and Finance approved financial support for the 2019 batch in October 2020, but not for the referral nurses.

“The government and the Ministry of Health have been unjust to us.”
We graduated from high school in 2019, but when the results came out, they indicated we had failed various subjects, so we went back to rewrite the papers.
However, we began national service in 2020 and finished the following year,” said Georgina Kwakye, the Association’s Public Relations Officer.

He stated that the protest will continue until they are given clearance and posted.

“As we were about to finish our rotation, we learned that the portal had been opened for some of our colleagues; we went to HR, who advised us not to worry, but these people were defrauding us.”
“How can juniors collaborate with elders in the house?”

Members of the association picketed at the Ministry of Health (MoH) in October 2019 to demand immediate employment.

According to the group, the move was made since the government did not provide them with a good response about financial approval for their work.

Six of the unemployed nurses who participated in the picketing, including one with a disability, were arrested and then released after the Minority in Parliament criticised the move, calling it as an attempt by the government to silence individuals by using the Ghana Police Service.