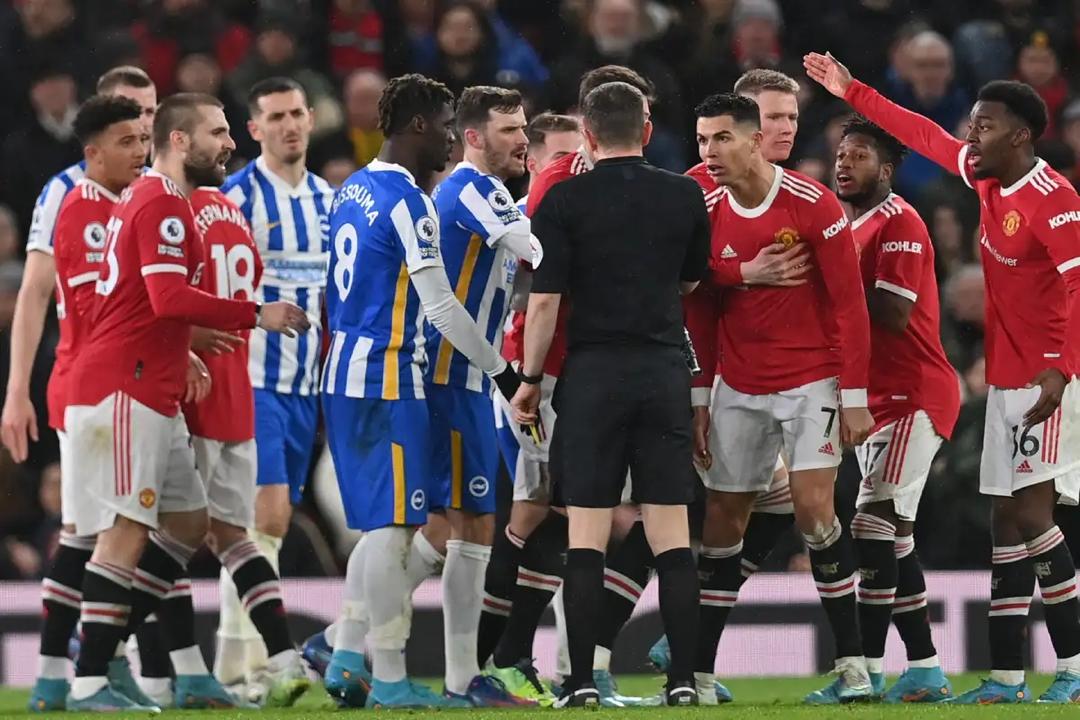 The FA has penalized Manchester United £20,000 ($30,000) for their players’ furious reaction to a refereeing judgment during their recent match against Brighton. Numerous players rushed towards official Peter Bankes in the second half of Man Utd’s 2-0 triumph, demanding Lewis Dunk be sent off. The Brighton defender was finally sent off after a VAR check. The players’ reaction, which played a role in Bruno Fernandes receiving a yellow card, fetched the club a fee, with the Football association highlighting that the club has accepted the penalty.